You are here: Home / Appetizer / Shrimp Ceviche on Jalapeño Parmesan Crisps
I’m really on a canape/appetizer kick. I used these Jalapeno Parmesan crisps to make canapes with Black Bean Mango Salsa on top, but really wanted to make something with shrimp incorporated in it. I found this Cooking Light recipe for Ceviche de Camaron and used it as a base for this recipe. Traditional ceviche is usually fresh raw fish marinated in lemon or lime juice. I actually steamed the shrimp before marinating them in the lime, so it is not an actual ceviche, but the general idea of it is still present. 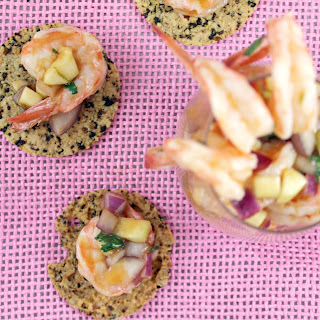 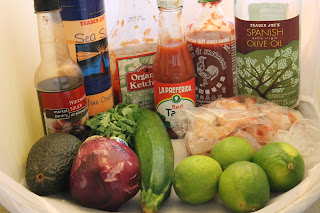 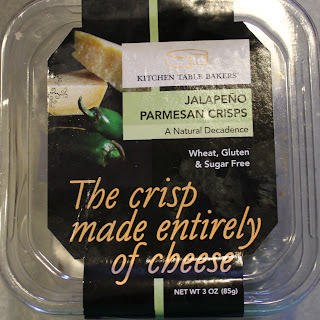 I didn’t read the recipe correctly before buying my ingredients, so I actually asked the seafood place to peel and devein the shrimp. Well, the original recipe required boiling the shrimp and then peeling them, so I had to change it up a bit. Click the link above for the original recipe if you’d like.
Bring 6 cups of water with 1/4 cup fresh lime juice to a boil in a large pot. When boiling, add the shrimp to a steam basket and place on top. Cover and cook for 3 minutes. 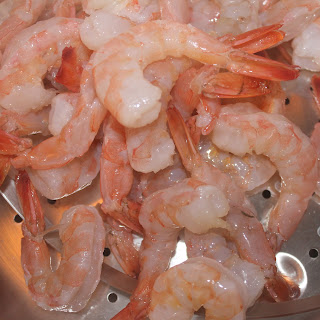 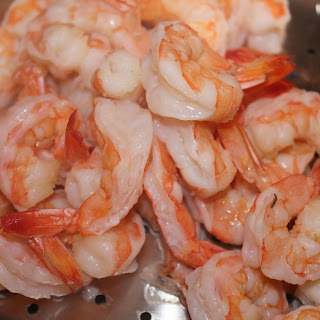 Remove the shrimp and combine with 1/2 cup juice, plus the zest from the limes, in a large bowl. 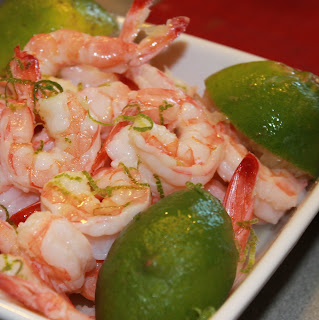 Cover and refrigerate for 1 hour.
While waiting for the hour to pass, chop your onion, cucumber, and cilantro. Take the chopped onion and rinse with cold water in a colander. 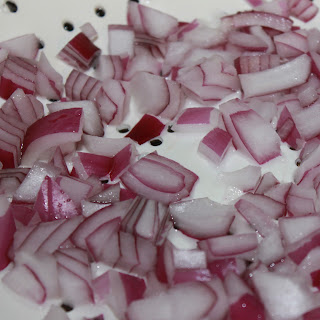 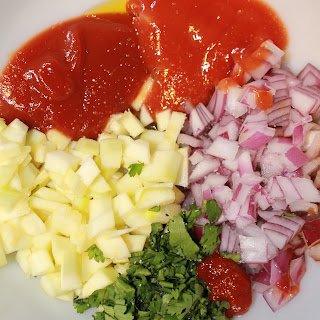 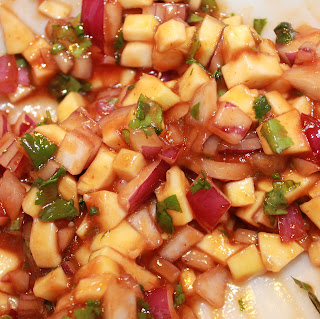 Refrigerate until the hour has passed for the shrimp. When the hour is finished, stir in the shrimp and lime juice. 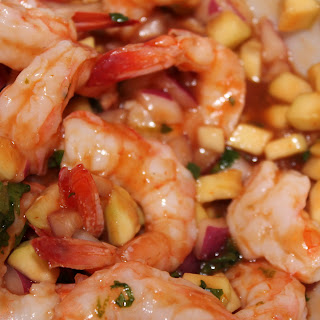 Top each Parmesan crisp with one shrimp and a teaspoon of the onion cucumber mixture. 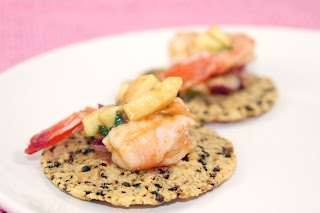 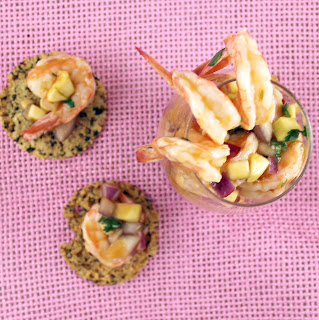 So I realized after taking these photos that the shrimp still had their tails. I wouldn’t suggest serving the shrimp on the crisps with the tails on. 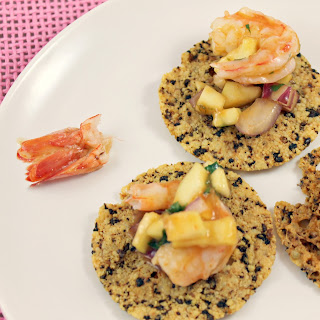 However, if you serve the ceviche in a bowl or wine glass with the crisps on the side, keep the tails on for presentation. 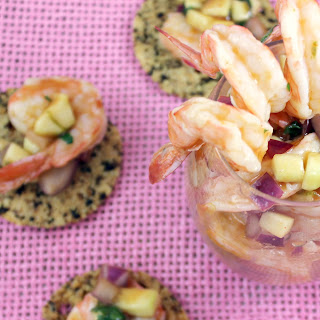 The shrimp managed to maintain a really nice citrus flavor despite being pre-cooked. 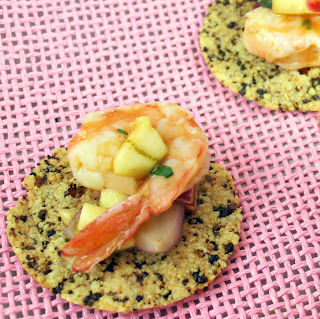 The cocktail sauce on the shrimp had a nice spice but didn’t deliver much heat (the Parmesan crisps were spicy enough for me) so if you like it really spicy, add a bit more hot sauce. 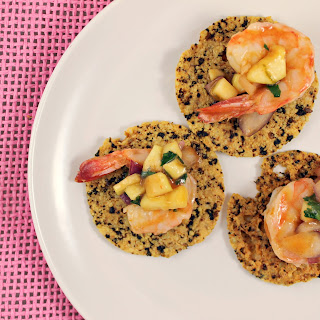 I did think corn kernels would go great with this as well. Next time I make it, I think I’d throw in some frozen thawed corn kernels for extra texture. 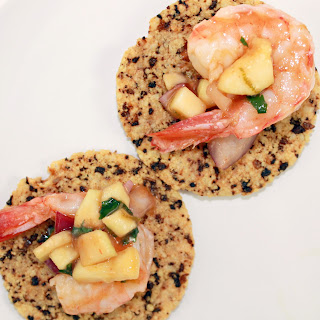