You are here: Home / Make Ahead / Cream of Tomato Soup
“The secret of good cooking is, first, having a love of it. … If you’re convinced that cooking is drudgery, you’re never going to be good at it, and you might as well warm up something frozen.”
– James Beard

James Beard is basically the father of American cooking as we know it today. He, along with the beloved Julia Child, is basically the “foodie” community’s version of The Beatles. As Julia Child put it, “in the beginning, there was James Beard.” So when I was offered to review a new compilation of some of his best recipes, I couldn’t wait to dig in. The cookbook, The Essential James Beard Cookbook: 450 Recipes That Shaped the Tradition of American Cooking is in stores beginning today. 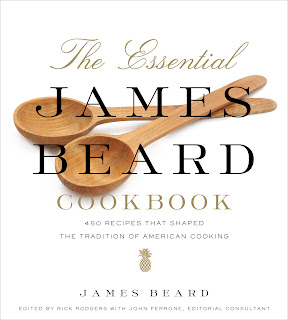 The cookbook is filled with what we think of today as quintessential recipes: coleslaw, potato salad, pot roast, chicken pot pie. But James Beard’s travels through France as well as inspiration from the Chinese cooks who worked at the hotel his mother owned. Each page is filled with both new and different recipes as well as classic approaches to everyday food (ex. roasting a chicken). The editors did a great job of going through and adding notes to help enhance the recipes as well, including insight into what an ingredient is and what can be substituted.
I really had a tough time choosing a recipe to do this post. It’s really tough to pinpoint what James Beard is known for, because, well, he’s known for everything! I finally settled on his Cream of Tomato Soup recipe. This recipe, passed down from his mother, is a classic comfort food choice. I loved the idea of making a family recipe and was intrigued by the process. (The onset of Hurricane Sandy may also have had some input into my decision.)

Ingredients:
This recipe is adapted from James Beard’s The Essential James Beard Cookbook 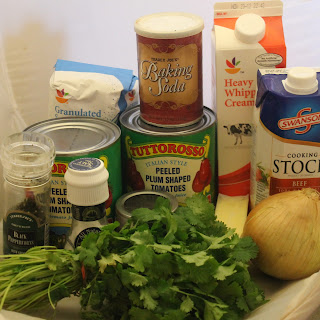 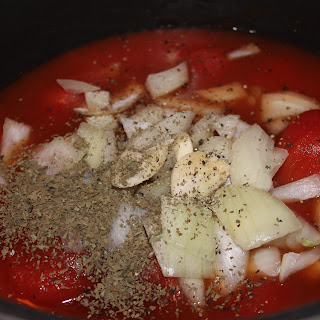 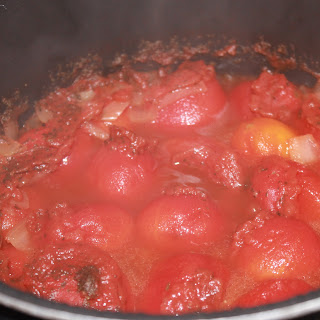 If using an immersion blender, puree the mixture in the pot. If using a blender, add half of the mixture to the blender at a time, remove the center of the top of the blender and cover with a paper towel. Be very careful, the mixture is really hot! Puree. Return to pot and repeat with the remaining mixture. Heat the mixture over medium heat.
Add the baking soda and mix to combine. Taste for seasoning.
Combine the melted butter and the flour to make a smooth paste. (Apparently this is called a Beurre manié.) 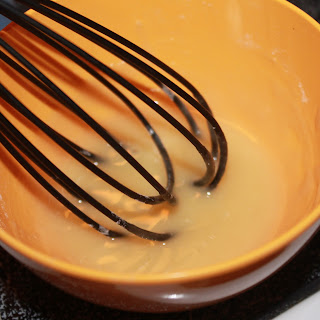 Whisk this into the tomato mixture. Cook until slightly thickened.
In a separate pot, heat the heavy cream to almost a boil. 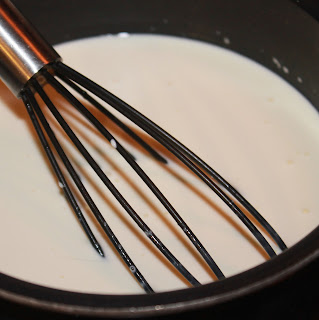 Slowly stir the cream into the tomato puree. Heat over low heat. Serve topped with chopped basil or parsley. 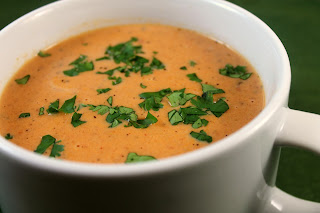 What a perfect treat on a rainy day (or any cold day). I naturally paired this with grilled cheese and couldn’t be happier! 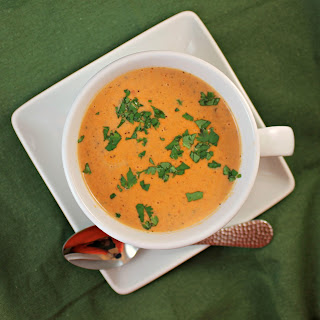 The soup was so silky and inexplicably light tasting despite the 2 cups of heavy cream. It was such a comforting soup, you almost picture a parent standing at the stove ladling this our for you after coming in from the cold weather. 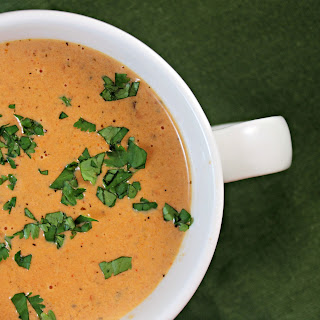 I had this reheated the next day and it tastes even better after the flavors have a chance to settle.