You are here: Home / Dairy Free / Quinoa Salad with Parsley. Or…. Tabbouleh.
Have you ever started creating a recipe, and thought to yourself “Wow! This is going to be awesome! Why hasn’t anyone thought of this before?” Well, probably because they have. And you just didn’t know it. That is what happened to me this weekend. I was so proud of how my “Quinoa Salad” turned out, but then my boyfriend kindly pointed out that is was a take on Tabbouleh, without the mint. Whoops. Anyways, here is my mint-less Tabbouleh. 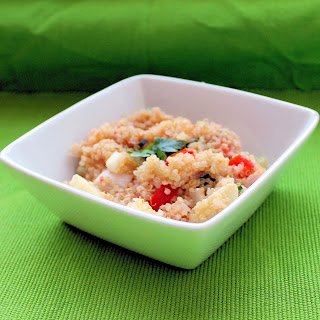 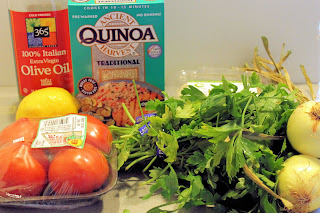 Most quinoa you’ll find in the supermarket has already been soaked and rinsed. But another rise won’t hurt it if you prefer to do so. Measure out 1 cup quinoa and put it in a mesh strainer. Rinse under cool water allowing to drain out the bottom. This helps to remove the coating on quinoa, called saponin, that can taste soapy. Again, most quinoa is already pre-rinsed.

Begin by cooking the quinoa. Add the quinoa and chicken broth to a sauce pan and bring to a boil. Cover and simmer over low heat or until the liquid is absorbed. Remove from heat and let cool.

While the quinoa is cooking and cooling, chop your cucumber and tomatoes. 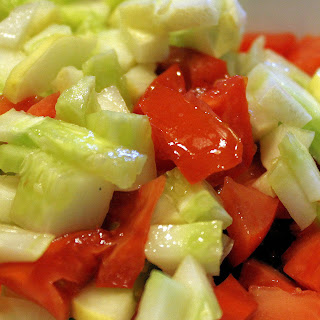 Prepare your onion and garlic. 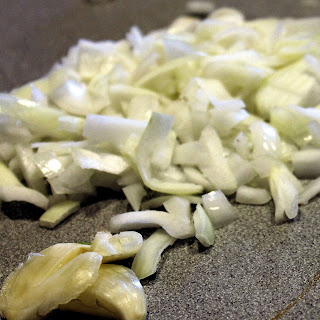 Heat 1 tablespoon olive oil over medium heat. Add the onion and garlic and saute until the onion begins to soften, about 5 minutes. 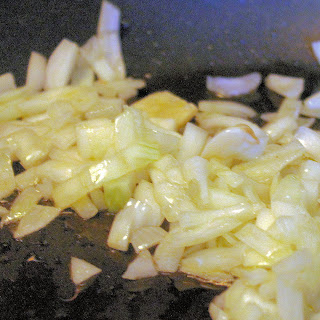 Remove the garlic cloves. Allow the onions to cool. Combine the quinoa, onions, tomatoes, cucumbers, and the chopped parsley. Zest the lemon over the mixture and squeeze lemon juice over the dish. 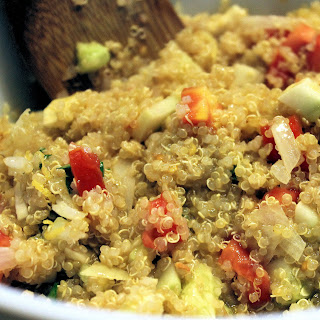 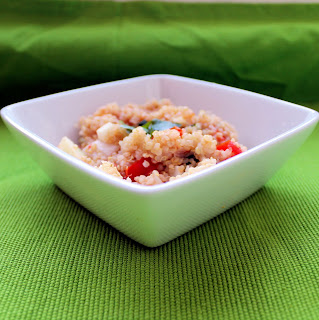 This was a light-tasting but filling dish, perfect for a hot summer lunch or dinner. I feel kind of silly for essentially making a pretty common dish, but at least I’m beginning to understand which ingredients work well together! 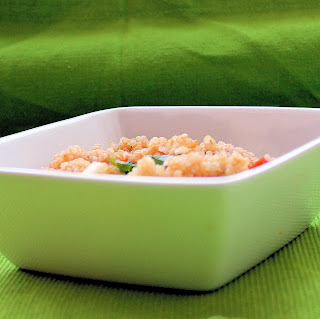