You are here: Home / 10 Ingredient Meals / Potato and Wild Mushroom Soup
This past weekend was one of my favorite September events: the Kennett Square Mushroom Festival. That’s right, an entire festival dedicated to fungi. And it’s amazing. Kennett Square’s main street (State Street) shuts down to accommodate blocks of vendors, there are cooking demonstrations, soup contests, and mushroom eating contests. There is even pumpkin mushroom ice cream. All in celebration of the mushroom. (Fun fact: Kennett Square is considered the Mushroom Capital of the world). 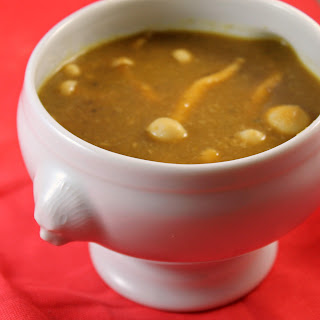 Naturally, I picked up a bunch of mushrooms which I will now be using to cook all week. mmm. Because today was the first “fall” feeling day, I decided to use some of the mushrooms to make a soup. I wanted to stay away from a creamy soup so I used potatoes to thicken it up. I found the inspiration for this soup in The Flavor Thesaurus by Niki Segnit (one of my favorite books for food pairings). 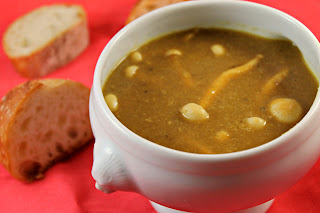 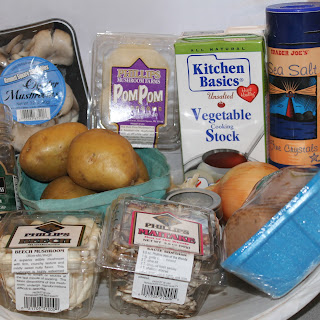 For this soup, I used a bunch of different mushrooms: baby bellas, pom poms, maitake (or hen of the woods), oyster and beech. Baby bellas are quite common, you’ve probably seen them in your supermarket. They are also known as cremini mushrooms and are just young portobellos, they are kind of like button mushrooms with a more distinctive buttery flavor.  Pom poms are well named, they really do look like little pom poms! They are pretty mild in flavor, but have a springy texture that some compare to lobster.Maitake or Hen of the Woods are traditionally used in Asian stir fries. They grow in clusters at the bottom of trees, mostly oaks.  Oyster mushrooms are scallop shaped and have a mild earthy flavor. Beech mushrooms have a slight nutty flavor. They don’t need to be cooked as long as other mushrooms, so add at the end when using them.
Add the olive oil and butter to a Dutch oven or large pot over medium heat. Add the onions and garlic and saute for 5 minutes (my onion yielded about 1 1/2 cups of chopped onions). 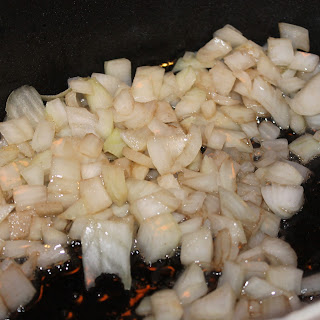 Add the mushrooms (except the beech mushrooms if using) and cook for another 5 minutes. 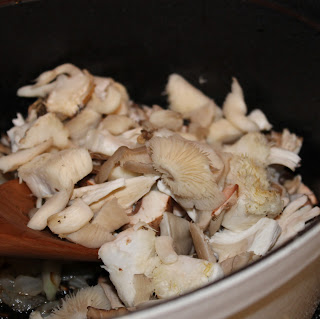 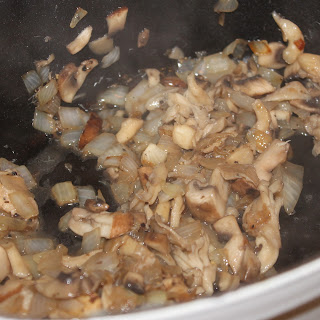 Add the stock, potatoes (my potatoes yielded a little over 1 cup), and rosemary. Season with salt and pepper. 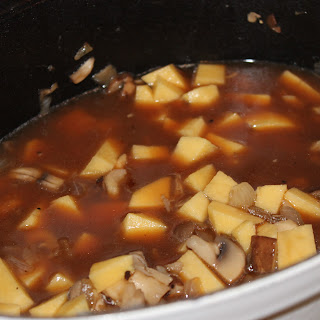 Bring to a boil, cover, and cook for 20 minutes, or until the potatoes are fork tender. 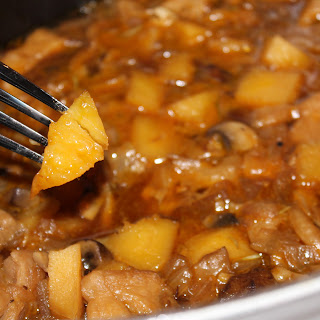 Remove from heat and allow to cool slightly. Puree the mixture. If using a blender, only pour in half of the mixture at a time and be very careful, the contents are super hot. Remove the middle of the top of the blender before pureeing. Cover with a paper towel when pureeing. If using an immersion blender, you can just do it in the pot itself. 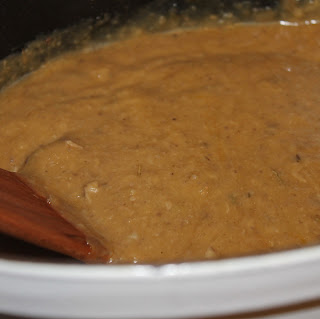 Return the pureed mixture to the pot. If the mixture is too thick, add a bit more stock. Heat over medium heat and add the beech mushrooms (optional). Cook for 1-2 minutes or until heated through. 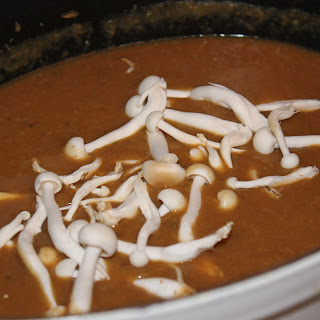 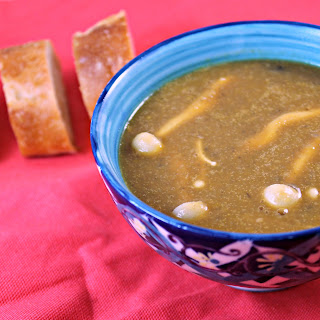 I first fell in love with the flavor of mushrooms when I had them in a soup so I was excited to see how this turned out. The soup had a creamy texture without a spot of heavy cream in it! The flavor of the potato shown through, but the mushrooms were the real star of the soup. I wish I had fresh rosemary on hand, the dried rosemary flavor was pretty muted. 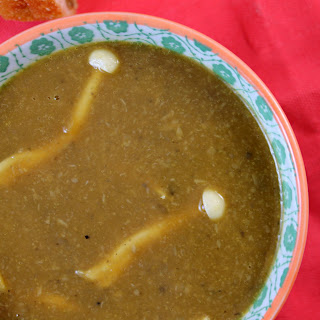 If you’re a fan of chunkier soup, feel free to only puree 2/3 of the mixture. Enjoy! 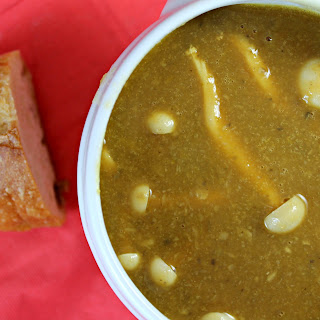