You are here: Home / Dairy Free / Mushroom, Green Bean, and Farro Salad with a Poached Egg and Warm Bacon Vinaigrette
One of the highlights of the Kennett Square Mushroom Festival was catching a cooking demonstration by Antonia Lofaso of Top Chef. She made this wonderful mushroom and green bean salad with a poached egg and bacon vinaigrette. How fantastic does that sound? I didn’t have any arugula on hand, which was in Chef Antonia’s recipe, so I decided to sub in farro instead. (Farro is a grain that you cook like rice). I also kinda sorta forgot how she made most of the stuff, but it still turned out great. This is also the first time I’ve ever poached an egg because I’ve been terrified to do so but it was much more simple than expected! 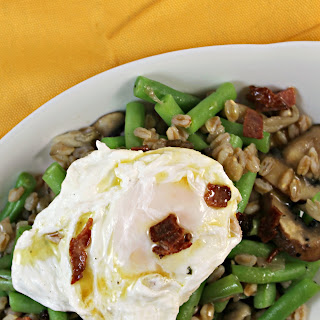 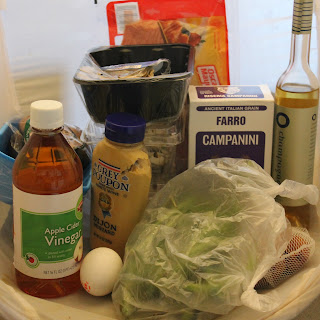 Begin by cooking your farro. Bring the 2 cups water and 1 cup farro to a boil in a pot. Cover, reduce the heat, and cook for 20 minutes or until the water has evaporated.
Also bring another pot of water to a boil. Liberally salt the boiling water (Chef Antonia says that your water should “taste like the ocean”). While waiting for the water to boil, prepare your green beans and mushrooms. Add the green beans to the water for 3 minutes. Remove with a slotted spoon and reserve. Keep the water at a simmer (you’ll use it again soon). 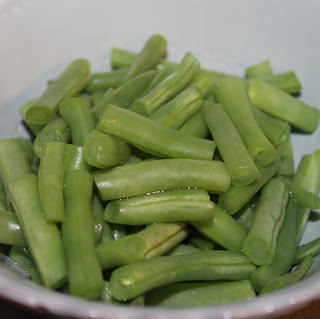 Finely chop the bacon and add to a saute pan over medium high heat. 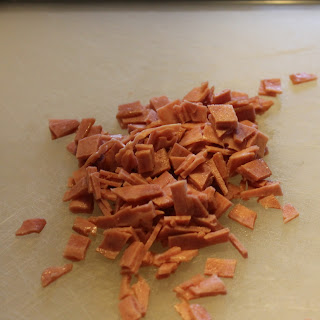 Cook until the bacon begins to brown and crisp.  Remove from heat, reserve the pan. 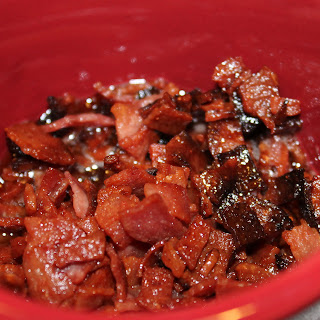 Add the olive oil, 3 tablespoons cider vinegar and Dijon mustard to the bacon and whisk to combine. Set aside.
Return the saute pan to the stove and heat 1 tablespoon olive oil over medium heat. Add the shallot and garlic and cook for 1 minute. Add the mushrooms and season with salt and pepper. Cook until the mushrooms give off some water and it evaporates. Remove from heat. 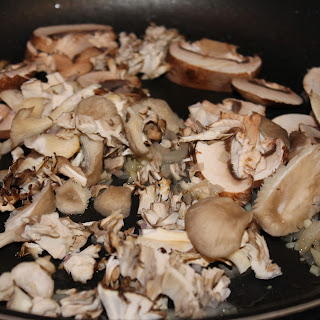 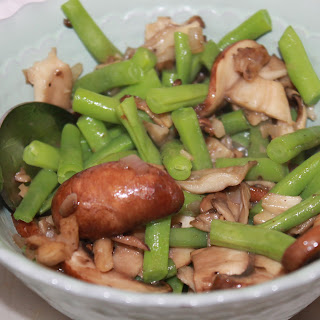 To poach the eggs, add 1 teaspoon of the cider vinegar to the simmering water. Drop the eggs in one at a time. 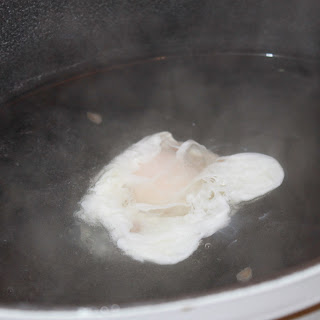 Cook for 3 minutes and remove with a slotted spoon. 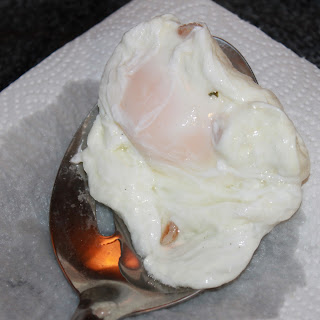 Top the green beans, farro, and mushroom mixture with the poached egg. Drizzle with the bacon vinaigrette. 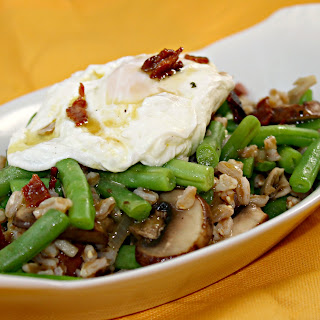 The textures of this dish are fantastic. Farro has the texture of a more al dente rice, which was really nice with the crunchy green beans and the meaty mushrooms. 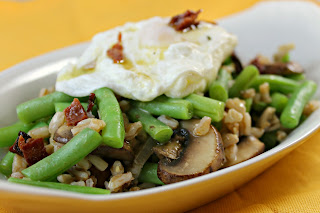 My poached egg, was a success! Look at that egg! 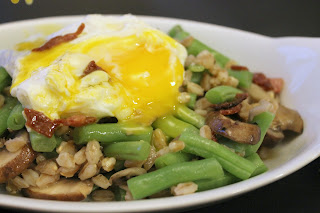 The bacon vinaigrette set this dish right over the top. Little bites of smokiness were an awesome touch. This is definitely a winning dish!