You are here: Home / Europe / Vichyssoise – Cold Leek & Potato Soup (JC100)
I figured it was about time I posted another Julia Child recipe. I have to admit, the past two weeks recipes intimidated me quite a bit, so I didn’t even make them. Although I have to say, Coq au Vin is not even close to being a weeknight friendly meal. Vichyssoise, or cold leek and potato soup, is more my speed. I’m pretty “skilled” at throwing things into a pot and letting time do the work. This isn’t a meal you can make and eat within one night, unless you have the luxury of beginning your meal much earlier in the day. I cooked this one night, chilled it overnight, and served it for dinner the next night. The original recipe is quite simple. I added crumbled bacon on top because,well, what isn’t better with bacon? 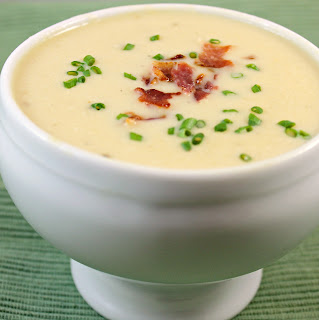 Ingredients: (I didn’t want a ton of soup sitting around so I scaled the recipe down. This makes about 2 hearty bowls)
4 cups of chicken stock (or vegetable stock for vegetarian)
2 cups of sliced leeks, white part only
2 cups of peeled and chopped potatoes (I used normal Idaho potatoes)
3/4 cup heavy cream
Salt and pepper, to taste
1 piece of cooked bacon, crumbled
Chives, for garnish 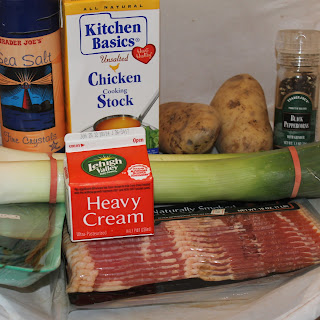 Excerpted from Mastering the Art of French Cooking by Julia Child. Copyright © 1961 by Alfred A. Knopf. Reprinted with permission from the publisher Alfred A. Knopf, a division of Random House, Inc.
Cut the leeks 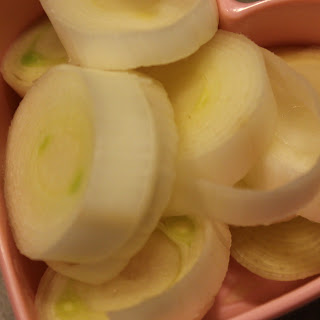 and peel and chop the potatoes. 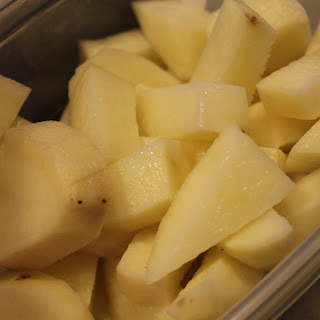 In a large pot, add the stock, leeks and potatoes. 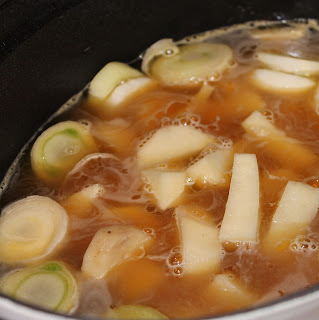 Simmer for 50 minutes, or until the potatoes and leeks are tender. (The recipe said to simmer partially covered so I put the top of my Dutch oven on at an angle) 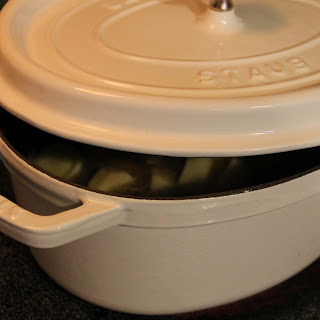 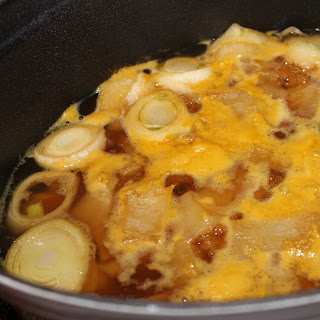 Remove from heat. Puree using a blender or immersion blender. If using a blender, work in batches and remove the center of the top to allow the heat to escape. Please be very careful when blending! Cover the hole with a paper towel and blend until smooth. The soup is very hot so be sure to take care when removing the top and pouring the soup into a large bowl. If using an immersion blender, feel free to blend the soup straight in the pot in which it was cooked. 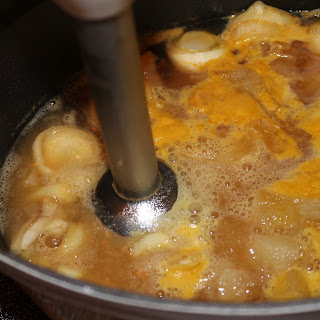 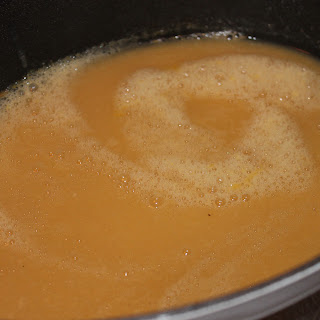 If you’d like a super smooth soup, you can pour the mixture through a fine sieve. It will remove some of the grittiness of the soup. 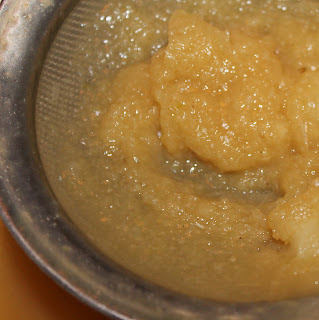 Stir in the milk and season with salt and pepper. 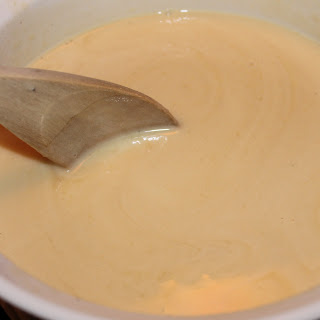 Fun fact according to Julia: cold foods tend to lose some of their “saltiness,” so add slightly more salt than you usually would. The overseasoning will actually end up being the right amount.
Chill the soup.
When ready to serve, saute a piece of bacon over medium heat until crispy. Remove from heat and drain on a paper towel. Crumble. 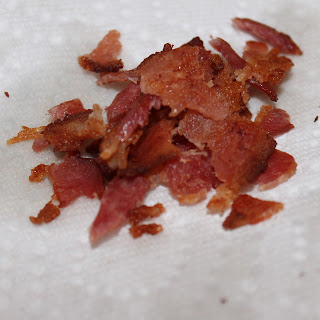 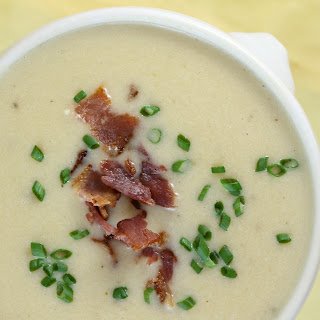 I am always unnecessarily proud of myself after making soup. I continue to be amazed that so few ingredients can turn into a delicious meal. 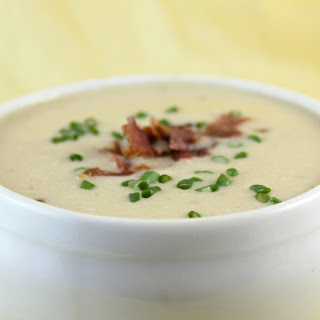 This soup is so refreshing! It’s exactly what I want on a warm evening. 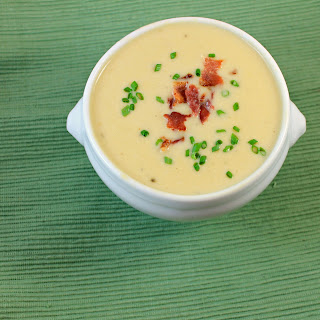 And my addition of bacon was obviously a fantastic idea (feel free to leave it off if making this vegetarian)!