You are here: Home / Dairy Free / Shrimp Fried Rice
This dish is an attempt to make a takeout favorite a bit healthier. To do so, Cooking Light cut the amount of rice, added a bunch of veggies, and cut out some of the salt. So because of this, I think this recipe should more be called “Shrimp Fried Rice” (There’s a lot of shrimp, a little bit of fried, and an itty bit of rice. Have no fear, you won’t even miss it.) 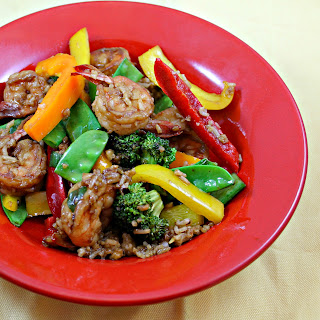 This recipe works best with day-old rice but I didn’t have the foresight to do that. So I made my rice in my rice cooker and popped it in the refrigerator. 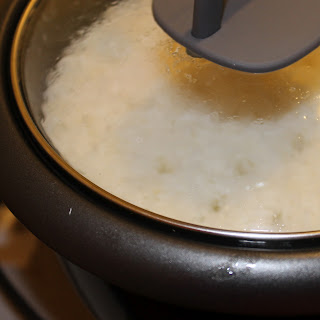 To make, bring a pot of water to a boil. Add the broccoli to a steam basket and steam over the boiling water for 4 minutes or until crisp-tender. (I cheated and steamed my broccoli in my rice cooker after making the rice).  Add to a large bowl. 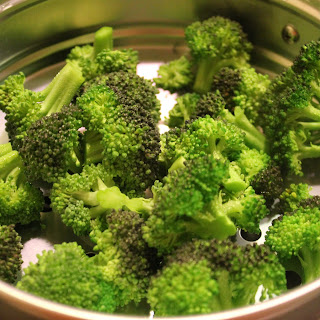 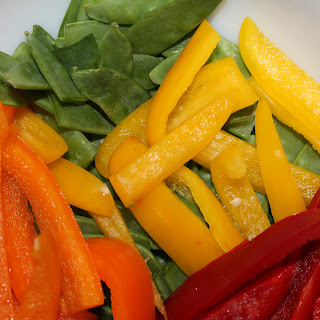 Add 1 teaspoon canola oil to  a saute pan over medium high heat. If you have a wok, use it here. If not (like me) just use your largest saute pan. Add the peppers and snow peas and stir fry for 2 minutes. 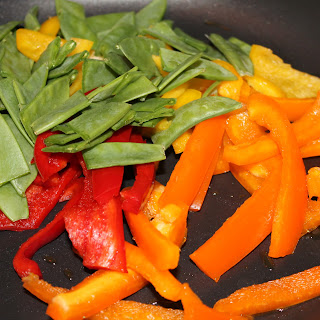 Remove the vegetables and place in a large bowl with the broccoli. Add 2 tablespoons canola oil to the pan and swirl to coat. Add the ginger, cooking for 10 seconds. Add the chilled rice and cook for 5 minutes or until the rice is lightly browned. 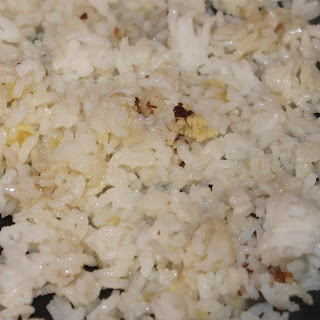 Remove the rice and add to the bowl with the vegetables. 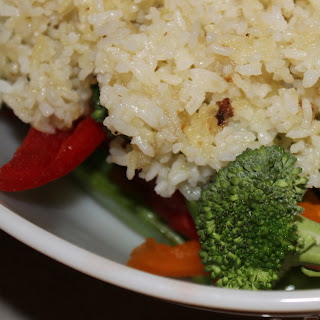 Mix the soy sauce, vinegar and Sriracha in a bowl. Set aside. 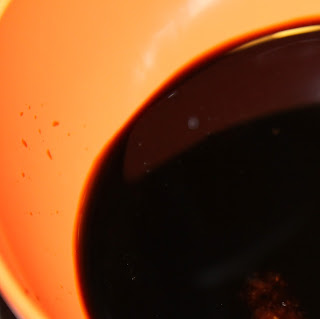 Wipe the pan with paper towels and return to medium-high heat. Add the sesame oil (I used toasted sesame oil, you can use regular as well), and swirl to coat.  Add the shrimp and cook for 1-2 minutes, stirring constantly. 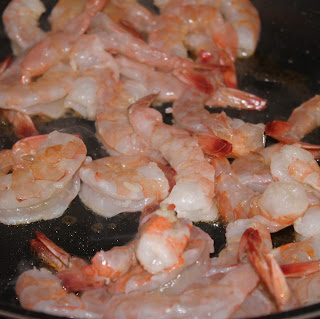 Stir in the soy sauce mixture and bring to a boil. 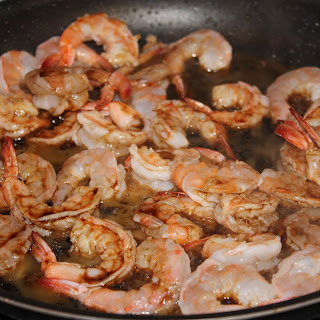 Cook for 3 minutes or until the liquid slightly thickens. 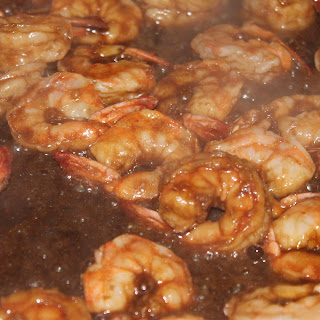 Add back in the vegetables plus the sliced green onions, stirring to combine. Cook for 1 minute and serve. 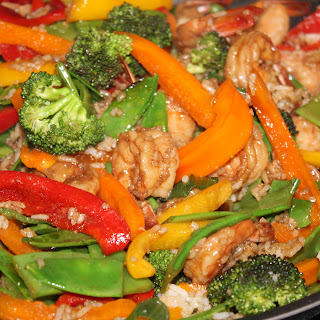 So easy right? And look at those beautiful colors! 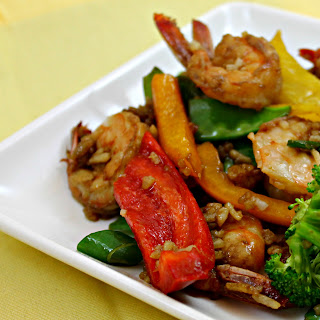 There is a ton of flavor in this dish, and it ends with a slight spiciness. I would by no means call this a spicy dish though, it’s really great!

With so many vegetables in the dish, the rice became more a complement than the entire meal which was actually quite refreshing. 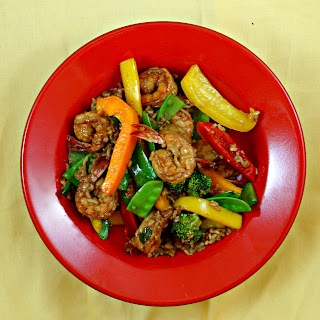 I wish I had taken the tails off the shrimp though, I wanted to just inhale this meal and the tails kept slowing me down! 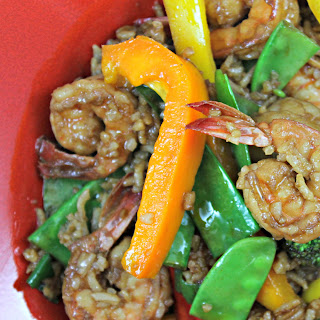