You are here: Home / Breakfast / Lemon-Blueberry Scones
When a friend put in a special request for scones, I was up for the challenge. I’ve never made scones before, and I honestly wasn’t sure how they’d turn out. One of the issues is the definition of a scone changes depending on who you ask. In Great Britain, scones are usually round and look like American dinner biscuits. They are usually slightly sweet with raisins or currants.  In America, we tend to make our scones into triangles. Despite being traditionally served as a dessert or with tea and coffee, most Americans eat scones as a breakfast. Scones within America tend to be include fruit and are more sweet than their British counterparts.
The difference between scones and biscuits is that scones used cold butter cut into the flour, making the scones flaky, while biscuits tend to use some type of shortening which results in a crumbly bread.  So basically my goal was to end up with a baked good hopefully resembling a scone instead of a biscuit! 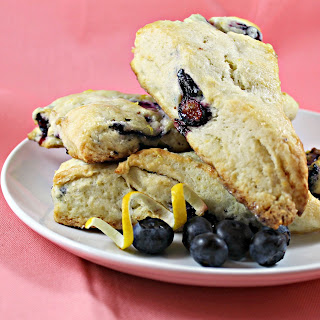 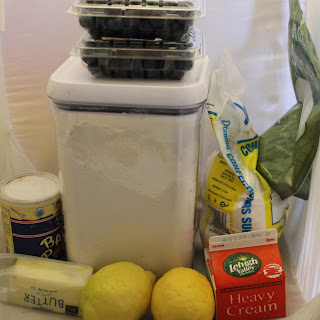 Preheat your oven to 400 degrees. Sift the flour, baking powder, salt and sugar together and mix to combine. 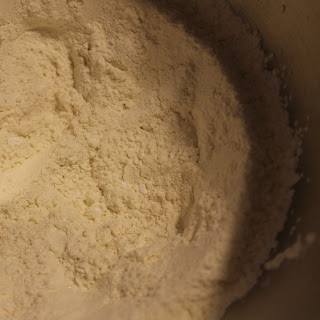 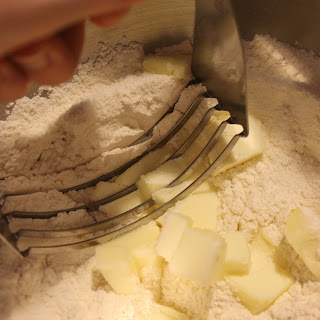 The goal is to get small pieces of butter covered in flour. It supposedly should look like coarse crumbs. Mine clearly doesn’t. 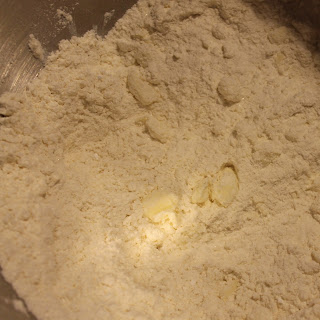 Add the blueberries to the mixture and combine ever so carefully, trying not to break the blueberries. (Using a silicone spatula or your hands will work well). 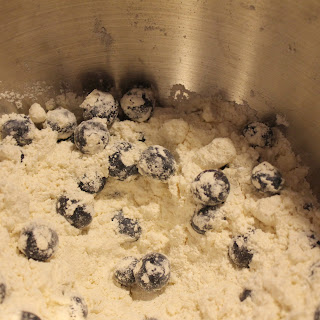 Make a well in the center and pour in the heavy cream. Fold the cream into the mixture until just incorporated, it can still be a little sticky. 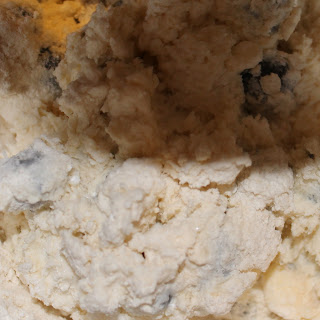 Remove the dough from the bowl and press the dough out into a 12x3x1.25 inch rectangle with your hands, again trying not to break the blueberries. I failed at this. 1. I have no idea if my measurements of the triangle were correct. I eyeballed it and just hoped for the best. I also had quite the heavy hand and broke more than a few blueberries. 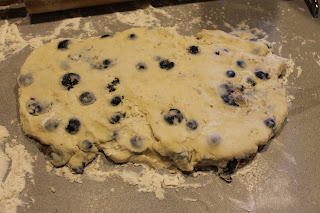 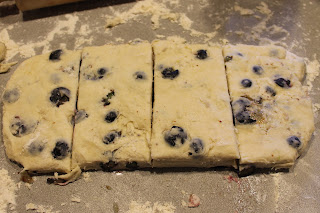 Cut these pieces in half on a diagonal, resulting in 8 triangle scone pieces. Add the scones to an ungreased cookie sheet and brush the tops with a little bit of heavy cream. 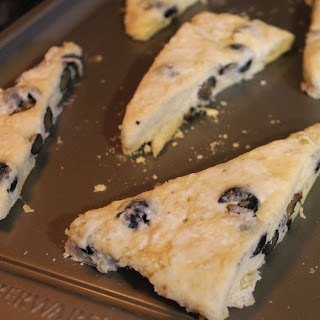 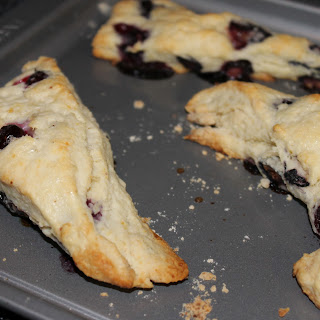 While waiting for the scones to cool, add the lemon juice and confectioners’ sugar to a microwave-safe bowl. Whisk to combine until the sugar is dissolved. Whisk in the butter and lemon zest (it’s ok if the butter is not yet fully incorporated). Add the glaze to the microwave for 30 seconds. Remove and whisk to remove any lumps. 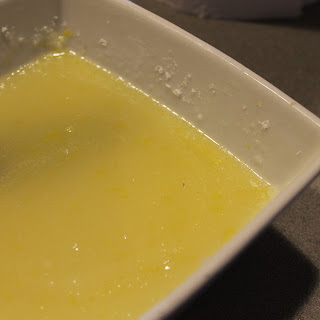 When the scones have cooled, drizzle the glaze over the scones. (I was left with a good 3/4 of the mixture. The scones would have been drenched if I used it all. I wanted more of a slight drizzle. Use to taste.) 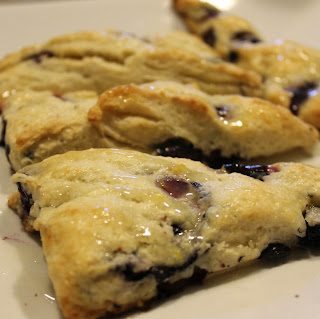 Allow to sit for another 5 minutes before serving. 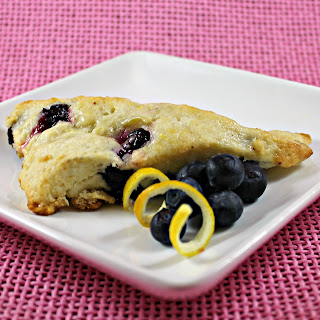 I’m really glad I didn’t try to use all of the glaze. My friend commented that at first bite, she actually thought they might be too sweet but that they ended up having the right amount of sweetness. Can you imagine if I doused them in the glaze?? It would have been a candy! 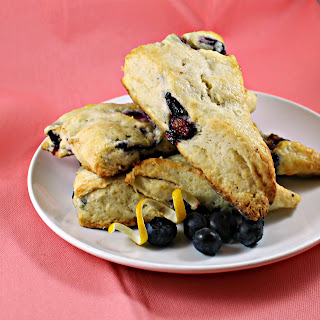 I wish I had added some of the lemon zest to the actual batter as well. I like my lemony flavor to be throughout my baked goods.
The scones were flaky when first removed from the oven, but by the next day they had become more dense which I didn’t mind at all. 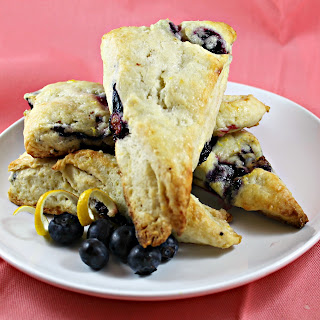 The blueberries I crushed also (thankfully) didn’t bleed too much so I didn’t end up with purple scones!