You are here: Home / Gluten Free / Cucumber Salad with Radish and Dill

I Signed up for a CSA vegetable half share through the Lancaster Farm Fresh Cooperative. Once a week, I pick up a box of local, organic and (obviously) in-season vegetables. This week my bundle included pink radishes. I have never tried to make anything with radishes so I was excited to see what kind of recipes were out there for this ingredient. I decided to try a salad recipe from Martha Stewart. 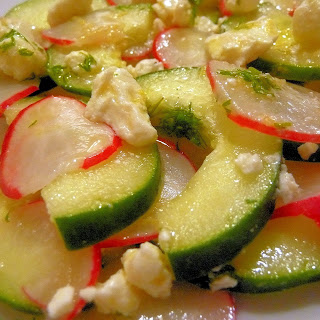 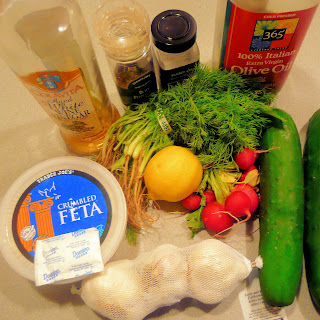 Begin by prepping your vegetables. Cut the cucumber in half lengthwise, and use a spoon to remove all seeds. 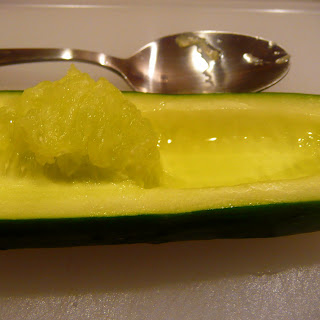 Once seeded, thinly slice the cucumber. 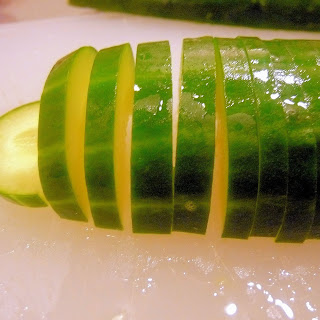 The radishes I had were tiny, and I was afraid to try to thinly slice them without losing a finger. I used a mandolin slicer to slice the radishes as thin as possible. Be very careful not to get your fingers! 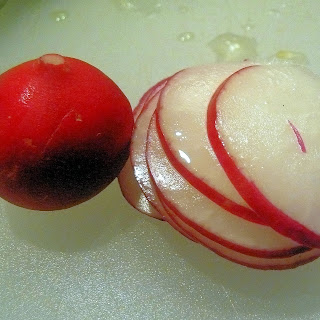 Add the sliced cucumber and radishes to a bowl. Zest the lemon into the same bowl. 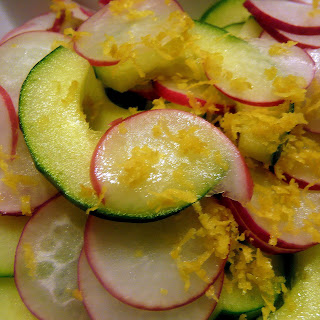 Add the feta cheese and set aside. 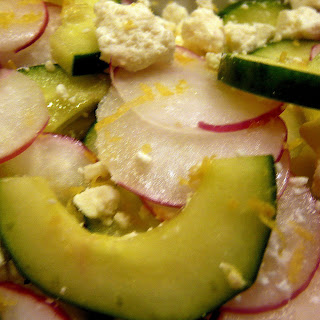 In another bowl, combine the lemon juice, vinegar, dill, sugar, and garlic. Whisk until the sugar has dissolved. Season with salt and pepper. 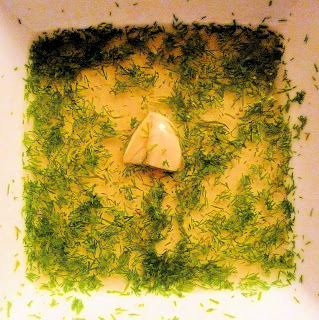 Whisk in the oil in a slow, steady stream until emulsified.

Add the vinaigrette to the cucumber mixture, tossing to coat. Make sure to discard the garlic before serving. 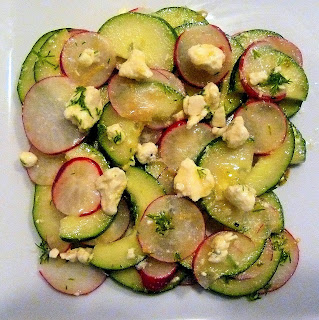 Even if this turned out to be the most offensive salad I’ve ever eaten, I’d still probably post it just so you could see how beautiful the salad is. Thankfully, the flavors worked really well together. The lemon soaked into the cucumbers and radishes adding a hint of citrus, the dill added a little earthiness to the dish, and the feta was a nice balance to the fresh vegetables. I am pleasantly surprised to say that I hope to make radishes a part of my normal ingredients during the spring!