You are here: Home / Gluten Free / Champagne Risotto Primavera
I still have some prosecco sitting around after New Years Eve that I don’t want to go to waste. It’s already open so there’s really no way to save it. I usually use leftover wine in my risotto, so why not use sparkling wine instead? After all the food I ate in the past week, I thought I should probably incorporate some vegetables into my risotto as well. I adapted a Weight Watchers recipe to incorporate the sparkling wine. 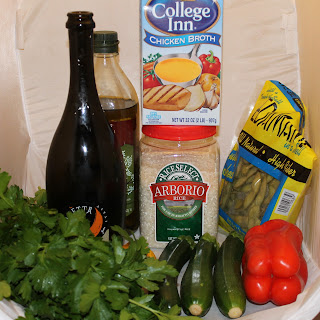 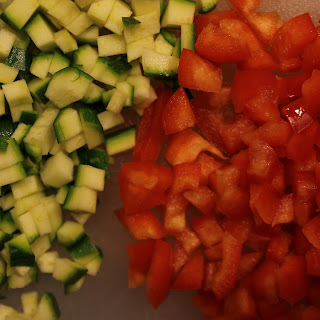 Heat the olive oil in a large saute pan over medium heat. Add the zucchini and red bell pepper and saute for 2 minutes, stirring. 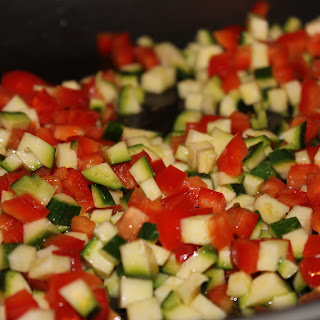 Add the rice, stirring to coat. Cook for another 2 minutes or until the rice begins to become translucent. 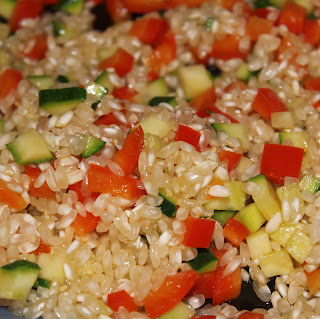 Add 1/2 cup prosecco stirring to combine. Lower the heat to medium low. Once the prosecco has evaporated, add 1 cup chicken broth. Simmer for 5 minutes or until evaporated. 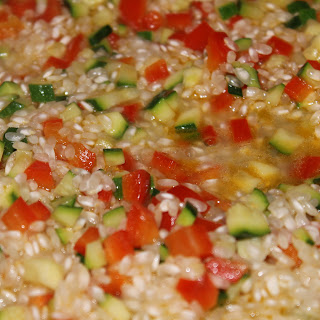 Add the chicken broth 1/2 cup at a time. The rice should plump up quite a bit. 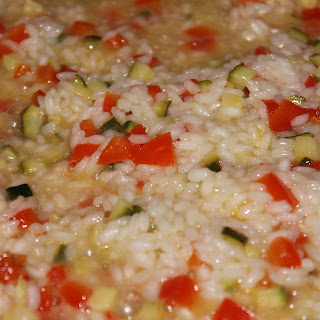 When out of chicken broth, add the edamame and the remaining 1/4 cup prosecco. 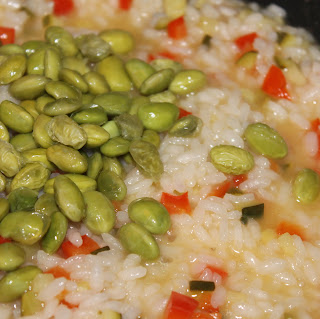 Stir to combine and cook until evaporated, another 2 minutes. Remove from heat and stir in Parmesan cheese. 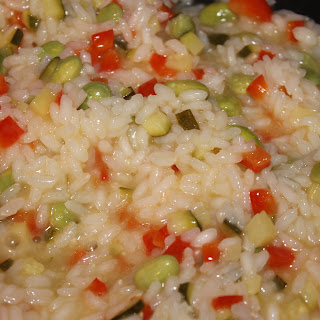 Top with chopped parsley and serve. 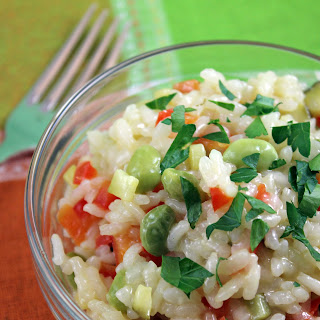 Unfortunately, my edamame was very much freezer burned. Blah. Which is a shame because they would have added a nice slight saltiness to the risotto. 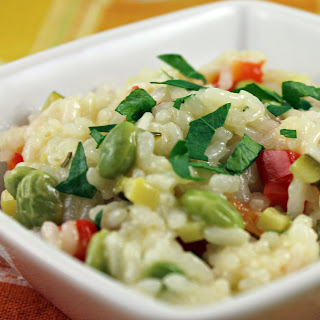 Despite that, the risotto was still really good. The zucchini and red pepper added some freshness to the creamy risotto and there was a hint of prosecco in each bite. 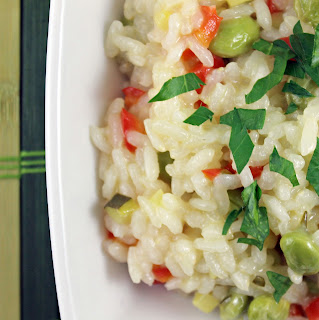 Eat as a main dish, so serve as a side with pan seared fish (I prefer salmon). 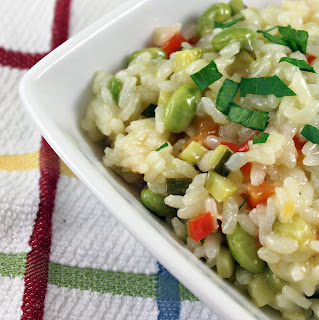