You are here: Home / Dessert / Dark Chocolate ROOT Cake
I have wanted to try to incorporate ROOT into my cooking for a while now. ROOT is basically the alcoholic version of root beer. For the history/back-story, check out their website. Here is also a video on the stuff:
The spirit contains birch bark, smoked black tea, cinnamon, wintergreen, spearmint, clove, anise, orange, lemon, nutmeg, allspice, cardamom and pure cane sugar so I thought it would go really well in a chocolate cake. I used this rum cake recipeas a starting point, and substituted in ROOT and dark chocolate, as well as a little instant espresso coffee to enhance the chocolate flavor. 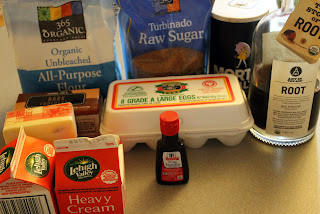 To make the cake, first preheat the oven to 350 degrees. Lightly grease the bottom of a 9-inch cake pan with cooking spray, or line with parchment paper. Roughly chop your chocolate. 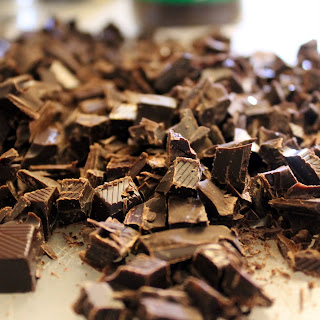 Mix the chocolate, butter, espresso powder, and ROOT in the top of a double boiler over boiling water. I used a saute pan over a pot, but you could also use a metal bowl over a pot or some equivalent if you do not have a double boiler handy. 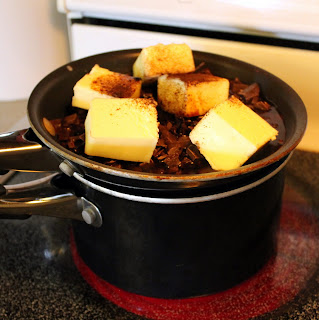 Stir occasionally until fully melted and combined. Set aside to cool to room temperature. 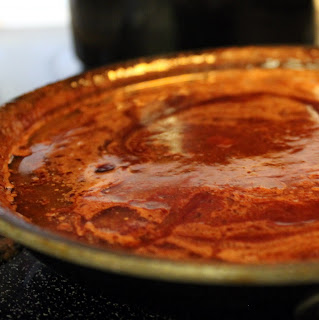 In another bowl, combine the egg yolks (don’t forget to reserve the egg whites in a separate bowl!) and 1/2 cup sugar using a mixer. Whip the yolks and sugar on high for three minutes. 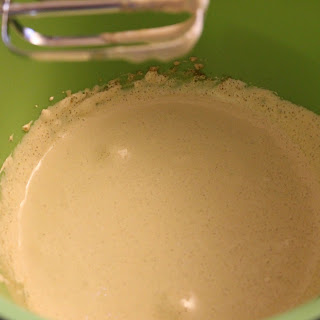 Lower the speed to medium-low and add the melted chocolate. 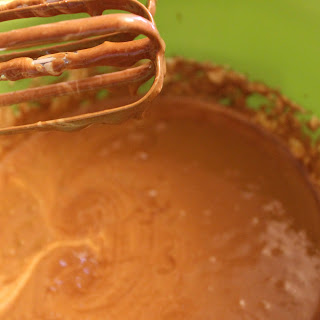 Beat in the flour and salt until well combined. Set aside. 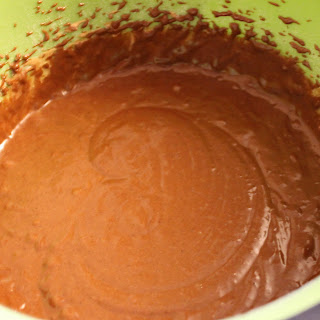 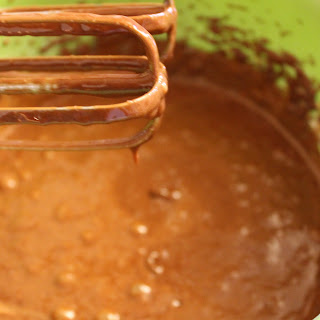 Pour into the round pan and bake 30 to 35 minutes or until a toothpick comes out clean. 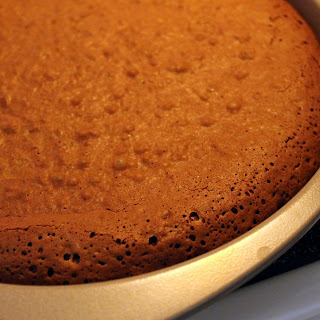 While the cake is cooking, add 1 cup cream to a saute pan and bring to a boil. Once boiled, remove from heat and add 8 oz dark chocolate and 1/2 teaspoon espresso powder and whisk until smooth. Set aside and allow to cool to room temperature.

To prepare the cream, add whipping cream, vanilla, sugar and salt into another bowl. Whisk the mixture until it begins to resemble whipped cream and put in the refrigerator until ready to use.

Remove the cake from the pan. Pour the glaze over the cake evenly so that it coats the top and sides of the cake. 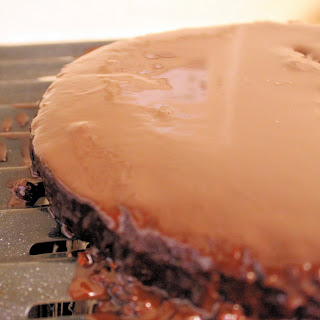 Allow the cake to set for an hour. Cut and serve with the Chantilly Cream. 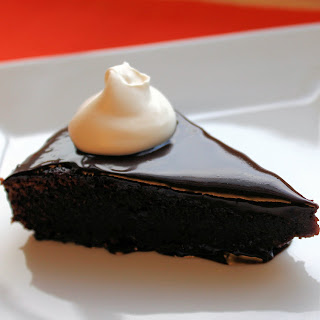 I was really worried about this cake when I took it out of the oven. As you can see from the photo a few pictures above, it looked like it would be really dry and unappealing. The ROOT ended up working really well in this cake. It helped keep the cake very moist and chocolaty, but had that “secret ingredient” taste to it that added a slight difference to just plain chocolate cake. The ROOT gave off a slight birch beer aftertaste that enhanced the dark chocolate.  Now that I know how ROOT tastes baked, I really think it would be great to incorporate it into a pumpkin bread. I will have to try it out soon! 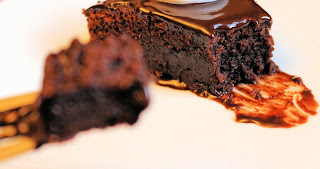 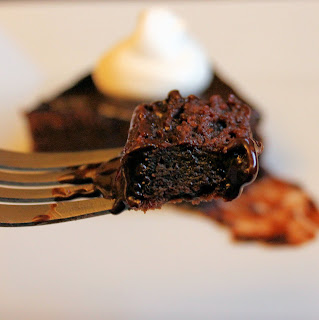