You are here: Home / Dessert / Rhubarb Crisp
Another offering in my CSA share this week was rhubarb. I had no idea what rhubarb was, let alone how to cook it. So for those that are in the same boat as me, rhubarb “have large leaves that are somewhat triangular-shaped with long fleshy petioles. Although the leaves are toxic, various parts of the plants have culinary and medicinal uses. Fresh raw stalks are crisp (similar to celery) with a strong tart taste; most commonly the plant’s stalks are cooked and used in pies and other foods for their tart flavour.” (Thanks Wikipedia) Thankfully, the Lancaster Farm Fresh Cooperative must have assumed people would need help, and posted a recipe on their blog for rhubarb crisp. 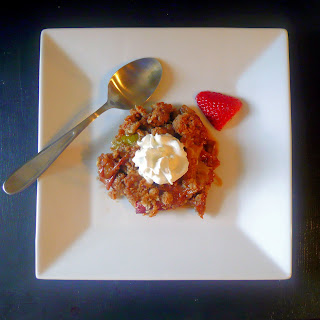 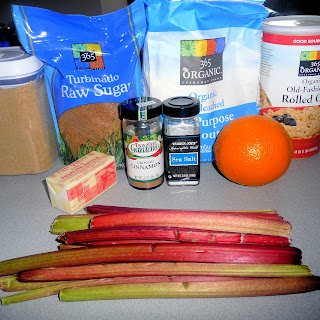 Preheat oven to 375 degrees. Spray a baking dish with cooking spray, or use some butter to grease the pan. Prepare your rhubarb by cutting it into 1.5 inch pieces. Toss prepared rhubarb with turbinado sugar (or whatever sugar you have), orange juice, and orange zest. Spread in the baking dish. 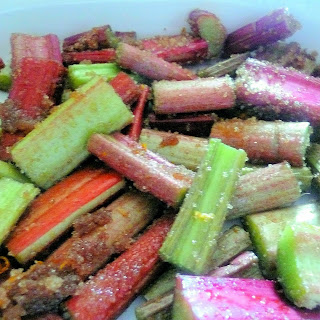 Add butter, brown sugar, flour, cinnamon, and salt to a food processor. Pulse for 20 to 30 seconds, or until it begins to clump together. Add oats and pecans and pulse until combined. 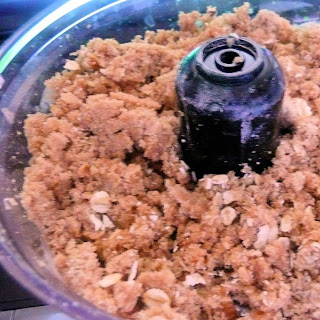 Crumble the pecan oat topping over the rhubarb mixture. 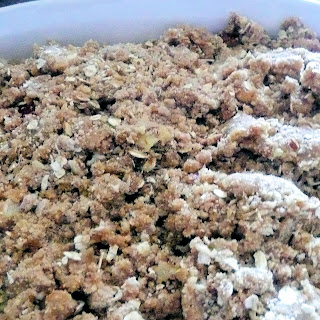 Bake for 45 to 50 minutes, or until brown and bubbling. 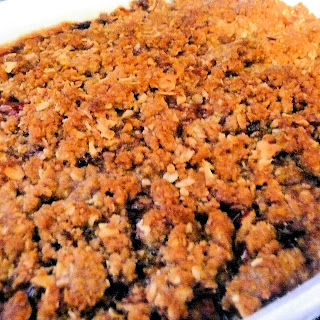 I dare you to put that much sugar in any dessert and make it taste bad. It was really sweet (obviously), and honestly might have needed a  bit more acid. Maybe a squeeze of lemon? The oats and pecans stayed nice and crunchy, while the rhubarb softened so that it could easily be cut with a spoon. Yum! 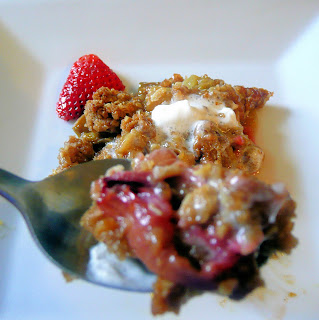