You are here: Home / Beverages / Pumpkin Pie Milkshakes & Making Your Own Pumpkin Puree
After visiting several supermarkets in search of pumpkin puree only to find they were sold out, I decided to take matters into my own hands. Amy’s Cooking Adventure had instructions on how to make my own puree using pie pumpkins so I tried it out. To test out my finished product (and as a nice pat on the back) I made pumpkin pie milkshakes to celebrate. 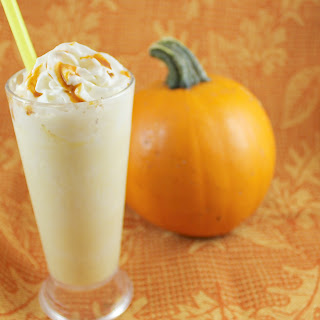 To make pumpkin puree, you need to purchase pie pumpkins. They are different than normal carving pumpkins, which have less flesh, making them perfect for carving. Pie pumpkins are usually much smaller and labels as either pie pumpkins or sweet pumpkins. Preheat your oven to 350 degrees. Line a baking pan with tin foil. 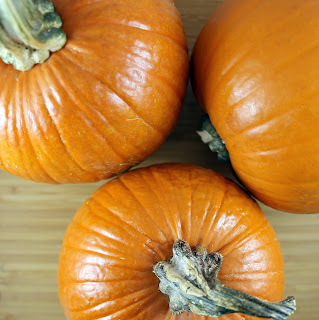 Take your pie pumpkin and cut off the top. 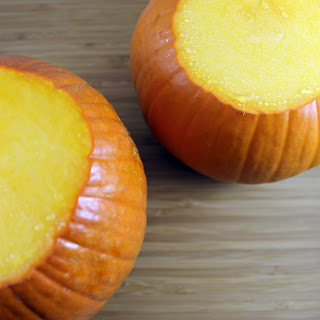 Slice the pumpkin in half and scoop out the insides and all the seeds. 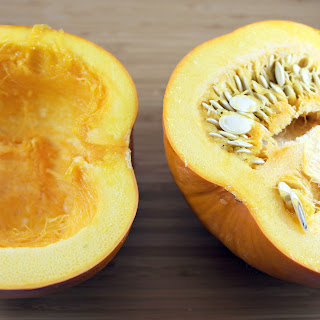 Reserve the seeds so that you can toast them later. 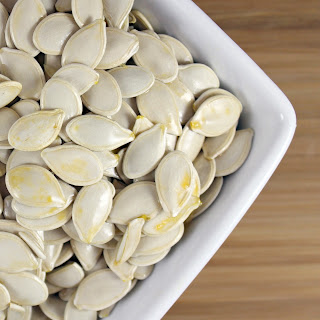 Place pumpkins cut side down on the baking sheet and add 1-2 cups water around the pumpkins. 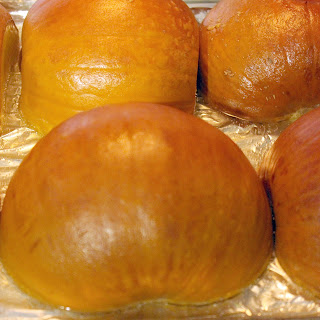 Allow the pumpkins to cool down until they are cool enough to touch. Scoop the flesh out of the pumpkins into a food processor and blend until smooth. 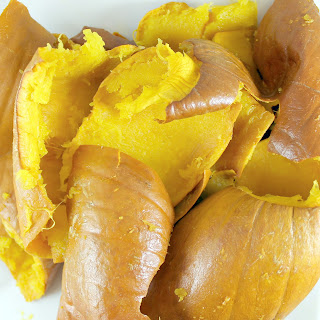 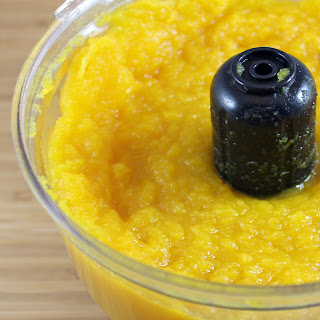 Scoop the puree into a colander lined with a paper towel and let rest for an hour to remove excess water. 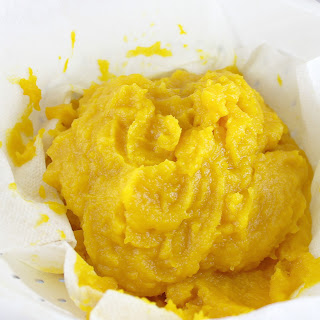 You now have pumpkin puree! You can freeze this or refrigerate it up to 5 days. I have never been so pleased with the result of my prep work. Look at all that pumpkin! Thanks Amy for posting this, what a great idea! 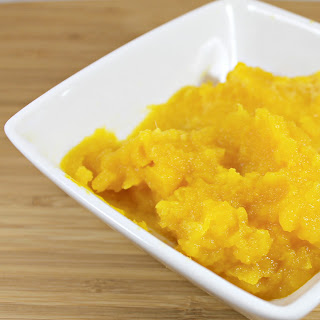 Now to test it out: Pumpkin Pie Milkshakes. 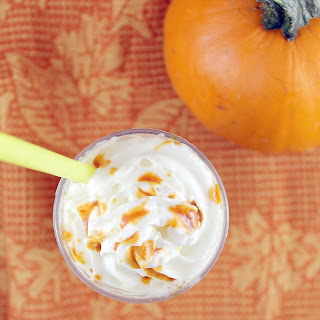 Ingredients:
Add all ingredients to a blender and blend until combined. If desired, top with whipped cream. Enjoy.

Ah. Perfect! The pumpkin flavor is highlighted with the spices. It tastes like pumpkin pie in a glass!