You are here: Home / Dairy Free / Gnocchi
I have wanted to try to make gnocchi for some time now. Luckily, I am part of a food swap and they were willing to let me experiment on them. Here’s hoping they turned out well! I used this article as a base for my recipe. 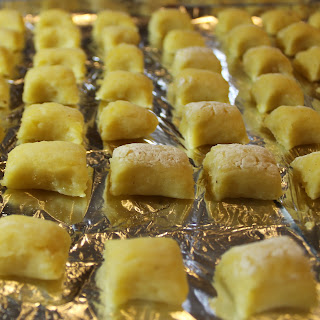 Note: I actually made the gnocchi twice because I wasn’t happy with the original result. I used smaller potatoes the first time (see below photo) and I found that the normal Idaho potatoes were much better for this recipe. (Special thanks to my boyfriend for a lot of his help during the making of the gnocchi) 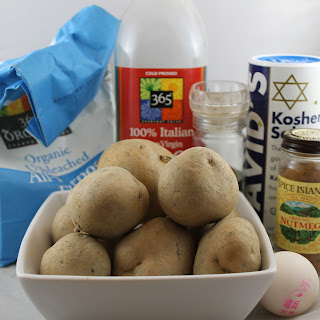 Preheat your oven to 350 degrees. Begin by pricking each potato all over with a fork. This will allow some of the heat to escape while it is baking in the oven. 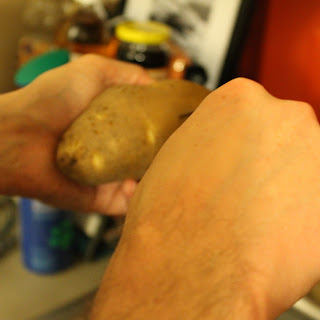 Arrange the potatoes on a baking sheet. Cook in the oven for about an hour and a half, or until the potatoes are soft. 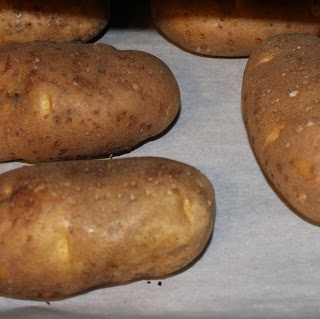 After removing the potatoes from the oven, cut each potato in half to allow the steam to escape. 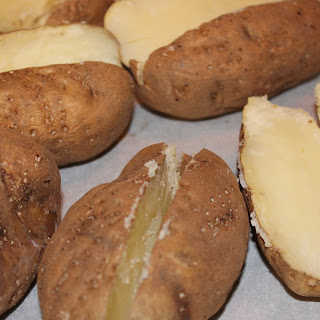 While the potatoes are still warm, scoop out the insides into a potato ricer into a bowl. 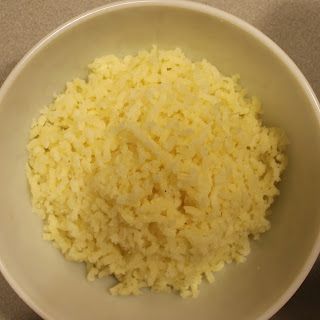 Place the potatoes onto a clean work surface, like your counter, and form into a rectangle and allow to cool enough that they are not hot to touch. 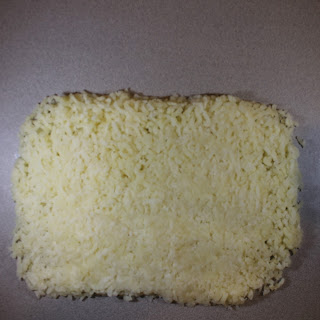 Season the potatoes generously with pepper. Beat the egg yolks in a bowl and drizzle the over the potatoes. 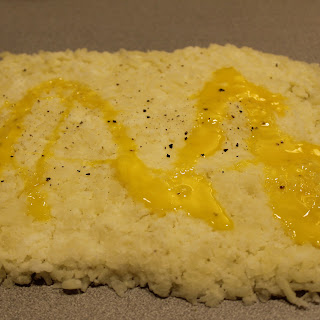 Measure 1 1/2 cups flour and sprinkle a bit of flour over the potatoes as needed (the less flour you use the better). Using a pastry scraper, mix the flour and egg into the potatoes by chopping everything up and folding it in on itself, until well mixed. The dough should sort of resemble coarse crumbs.
Bring the mixture together into a ball. 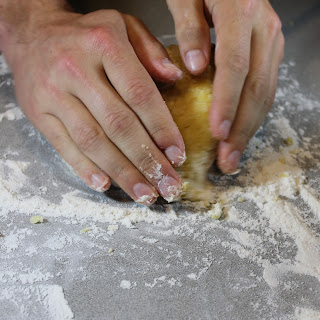 Sprinkle some on the work surface. Place the dough on top and flatten into a disk. 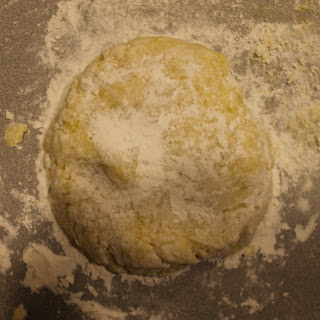 Dust the dough with more flour. Using your hands, fold and press the dough until the flour is incorporated. Do this two more times, incorporating the flour each time. If the dough still feels sticky, repeat once more.
Divide the dough into four equal parts. 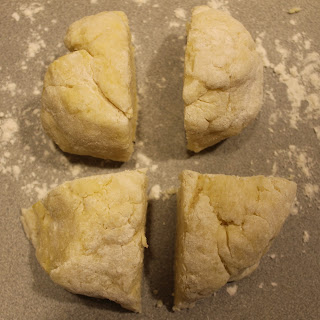 Roll each section into a long thin roll, about 1/2″ thick. 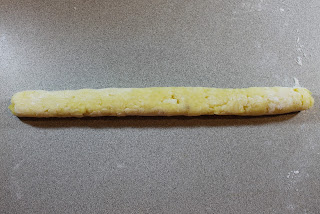 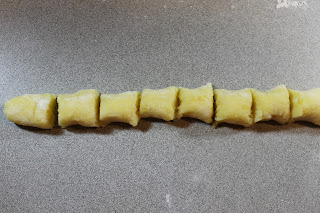 Because I was making these for a food swap, I arranged all the pieces on a cookie sheet covered in tin foil and put them in the freezer overnight.

I then divided the gnocchi into freezer bags and popped them back into the freezer.
To cook, bring a pot of heavily salted water to a boil. Drop the gnocchi into the water and cook for approximately 2 to 3 minutes, or until they float to the surface. Remove the gnocchi with a slotted spoon and top with whatever you prefer: tomato sauce, pesto, butter, etc. (I’m a big fan of tomato sauce with some pesto mixed in, yum!)

I tried a few of these and they were pretty good! I hope that they continue to get better as I make them but I thought this recipe turned out well, here’s hoping those in the food swap agree!