You are here: Home / Dessert / Sauteed Spiced Pears with Pecans Over Ice Cream
This recipe is a result of having all of the ingredients in my kitchen, and my endless sweet tooth. Pears hold up really well to being cooked so I thought they would be great with traditional baking spices (cinnamon, nutmeg, cloves) and some pecans for crunch. I also had a bit of ice cream left in my freezer so I used the pears and pecans as a topping. 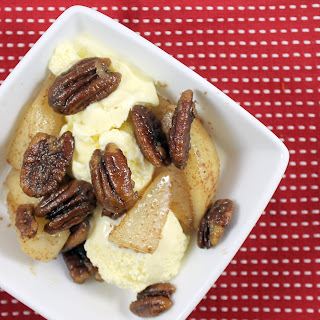 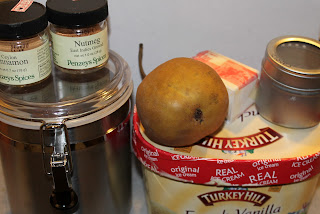 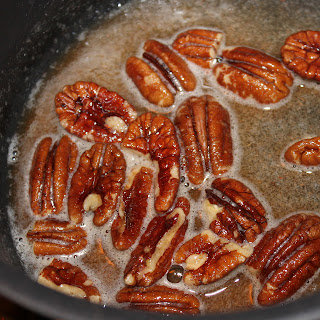 Add the pear slices, mix, and cook for 10 minutes or until softened but still holding its shape. 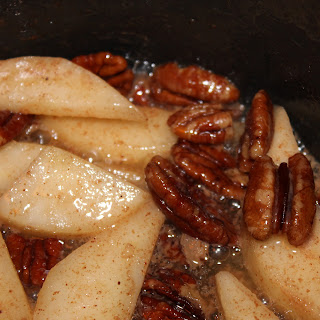 Add ice cream to a bowl. Using a slotted spoon, transfer the pears and pecans on top of the ice cream. Serve immediately. 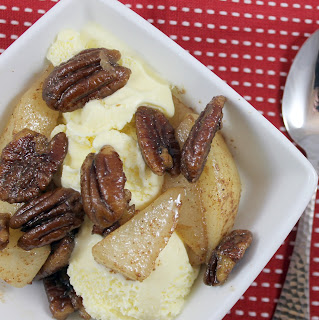 If you want, you can allow the pears and pecans to cool a bit. I like slightly melted ice cream so I wanted to top it immediately. Also it smelled so good I couldn’t wait another minute! 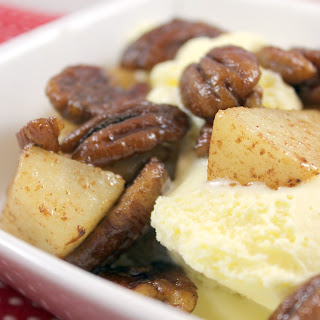 The spices soaked into the pear pieces, so yummy! 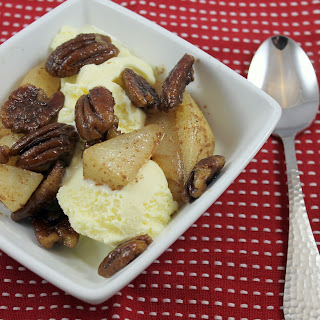 The cooked pears are soft enough to break apart with just a spoon, but still keep some of their firmness to add texture. The crunch of the pecans is so nice with it too. 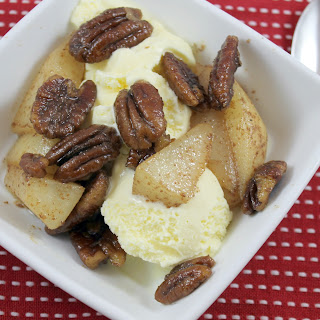