You are here: Home / Dairy Free / Ginger-Sesame Chicken with Bok Choy and Mushrooms
Finishing out my CSA bundle for the week, I decided to make a stir fry that had both bok choy and mushrooms as ingredients. (The recipe originally called for oyster mushrooms, but I went with the button mushrooms I had from the vegetable share. Food & Wine had a recipe that sounded right up my alley so I tried it out. 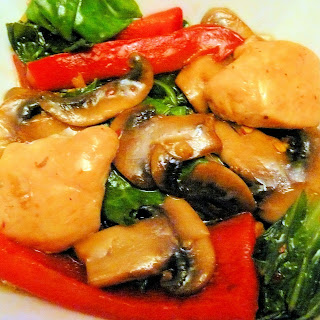 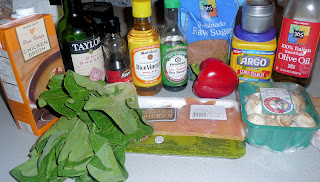 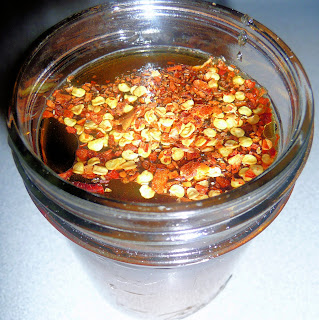 Shake well and set aside. Prepare all your vegetables, ginger, and garlic. 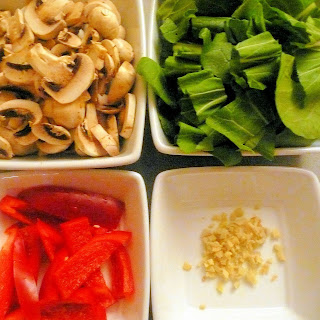 In a large saute pan, heat 2 teaspoons of olive oil over medium-high heat. Add the mushrooms and cook, stirring occasionally, until browned and tender, about 6 minutes. 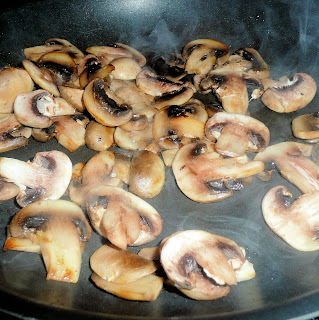 Transfer the mushrooms to a large plate or bowl. Season the chicken with salt and pepper. Add another 2 teaspoons of oil to the pan. Once heated, add the chicken and cook until just barely cooked through, about 4 minutes. Transfer to the same dish as the mushrooms. Add 1 tablespoon oil to the pan and add the bok choy and red pepper. Cook for about 3 minutes. 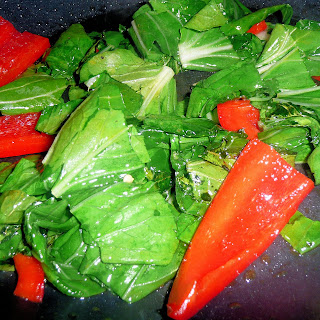 Transfer to the dish. Add the remaining 2 teaspoons to the saute pan. Add the ginger and garlic and cook for 1 minute, or until fragrant. 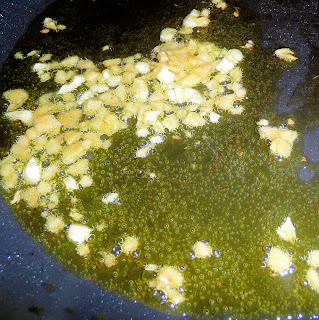 Return the chicken and vegetables to the pan. Shake the sauce in the jar and add to the pan. 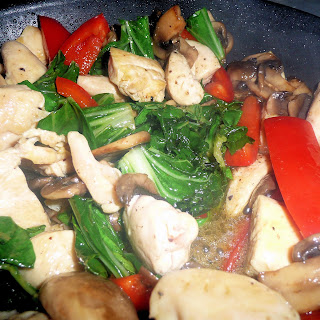 Bring to a boil and simmer until slightly thickened, about 1 minute. 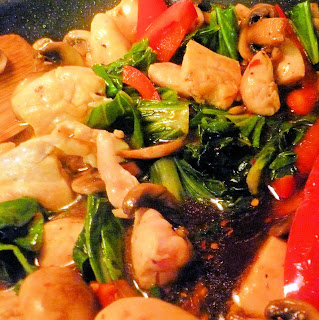 Transfer to a bowl and serve. 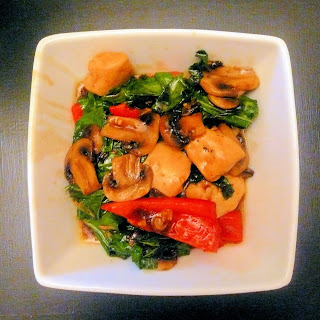 I really liked this dish, but I was hoping for more vegetables overall, especially more bok choy. I don’t honestly think that this would be much better with oyster mushrooms, so don’t go crazy looking for them if you can’t find them; button mushrooms were good enough. The sauce had some nice heat without being too spicy, so I will definitely try this recipe again with more veggies.

Use code SUMMER15OFF to get 15% off sitewide @ Hestan Culinary!